The Next Chase was an ongoing LIVE Summit in The Crew 2 taking place between January 13-20, 2021 which succeeded the Car-nage LIVE Summit.

The Next Chase was the last themed event once again related to the first episode of the MotorFlix season with the vault interception unit vehicles. All main events (excluding skills) featured the same filter seen in Neon Battle.

The Next Chase was followed up by the Hunt LIVE Summit on January 20, 2021 at 04.00 UTC. A successor to the summit was launched in early March. 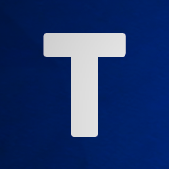