San Francisco is a major west coast city, and the 4th largest city in California. It is also the only consolidated County-City on the entire west coast.

In the beta, you could drive under the Golden Gate Bridge, by driving into the side.

This bug was reported by MrMaikiu, and was fixed in the first console beta. 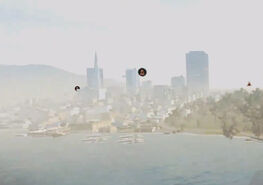 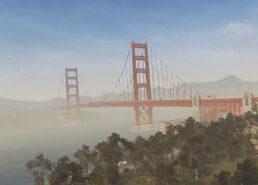