The Crew 2 is an open world racing game developed by Ivory Tower and published by Ubisoft. The game was announced in May 2017 and officially revealed at E3 2017. It was scheduled to launch on March 16, 2018 but was delayed and instead released on June 26, 2018 for Gold Edition pre-order with world-wide availability on June 29, 2018.

The Crew 2 is first and foremost a racing game, the same as its predecessor. In this game, the player assumes the persona of an unknown racer whose goal it is to become a champion in the United States. There is also the expected emphasis on multiplayer. In co-op, players can join different rally raid events together, as well as compete in street, boat, and plane races.

The Crew 2 features multiple vehicles including cars, but expands into other types including planes, motorcycles, and boats. Each vehicle type has its own physics and controls, making them unique in their gameplay. Players can switch between the vehicle types quickly and easily using the game's "Fast Fav" feature.

There are hub worlds and Motorsports Families, each with its own theme. These include street racing, off-road, pro racing, and freestyle.

In addition to Status progression, players are also able to upgrade their vehicles. All vehicles have a specific Performance Level and belong to a category (dictated by the discipline).

As such, they can buy several variations of the same vehicle model: for example, in its Street Race form, in its Touring form, and in its Rally Raid form (providing all those exist for the same model).

Players can then equip various types of parts to fine-tune the performances of vehicles, according to different parameters. Examples include the vehicle’s engine, transmission, exhaust, ECU, and many others.

Currently, there are five levels of part rarity: Common, Uncommon, Rare, Epic and Legendary (added in the Gator Rush update). The rarer the parts, the more they will enhance the performance of the vehicle once equipped.

Gator Rush was the first live update to take place. The announcement was made on August 21st, 2018 with the update being released about a month later, on September 26th, 2018. Primarily, Gator Rush saw the introduction of the Hovercraft discipline and the new Ace difficulty mode with the ability of winning new legendary performance parts.

King of Mayhem was the second update released on December 2018. It was first teased on September 25th, 2018 and featured the release of the Demolition Derby discipline and the much anticipated brand new LIVE Battle PvP mode where players could race against other players online. Other additions included 12 new vehicle additions alongside with the December vehicle drop (14 new vehicles in total), new races, skills and new daily LIVE Contracts giving players a shot at being rewarded with in-game premium currency Crew Credits for completing certain tasks. A massive list of fixes were also implemented to the game.

Hot Shots was the third updated released on April 24th, 2019.[1] On March 26, 2019 in a Live from Ivory Tower livestream, it was confirmed that the update would be named Hot Shots and would include a new feature called the LIVE Summit, a feature similar to The Summit featured in the first installment. Hot Shots also added Vanity Items into the game, introduced a free trial to the game for all new accounts and marked the end of vehicle drops.

After the launch of the game until the Hot Shots update, two vehicles were regurlarly added each month, usually through live updates that did not require the game to be patched. Upon the release, these vehicles would usually be added as an exclusive vehicle for a week to players who owned a season pass and then be released to all players the following week after. The last vehicles to be added under this system was the Chevrolet Corvette ZR1 and Mitsubishi Lancer Evolution X. Most new vehicles are currently added as rewards in LIVE Summits for platinum or gold ranked players.

An option to try the game for free was added with the Hot Shots update on April 24, 2019. In the free trial, new players will have full access to the game for four hours in total. Any progress that has been made during the free trial will be saved once the player purchases the game (either version, platform must remain the same).

On some occasions there are free weekends in-game where players will have full access to the game under a limited period of time. These free weekends have usually occurred whenever a major update has been rolled out.

The following locations have been confirmed: 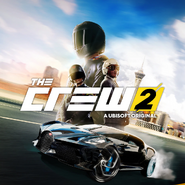