Vanity Items are a set of visually customizable parts that players can equip onto their vehicles. Vanity Items are a feature exclusive to The Crew 2 and does not exist in the first title. They were added to the game on April 24, 2019 as part of the Hot Shots update. 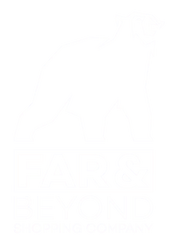 Vanity Items can only be purchased with crew credits from the Far & Beyond Shopping Company but are otherwise often featured as a reward in the LIVE Summit. The cost of a vanity item is dependent of its rating (Common/Rare/Epic). Some of the vanity items featured in the Summit are exclusive to the Summit and cannot be purchased.

So far, only smokes and tires can be purchased from the Far & Beyond Shopping company. Not all smokes and tires are applicable on every vehicle in-game. On November 13, 2019 became possible to purchase underglow from the vanity store. Since March 25, 2020 it is now also possible for players to purchase 2D emotes, customizable horns and nitro as well as window tints. Before a player obtains an item from the Far & Beyond shop, a menu showcasing all vehicles a vanity item can be equipped on will appear.

Players will also have the option to preview any vanity item before they make their purchase.

It's important to note that vanity items are only visually customizable parts. They have no effect on the performance of a vehicle if an item is installed.

Players who have won a vanity item from participating in a LIVE Summit will be able to find their parts in their Home under the customize tab.

Smokes exclusive to the LIVE Summit[]

Tires exclusive to the LIVE Summit[]

Underglows exclusive to the LIVE Summit[]